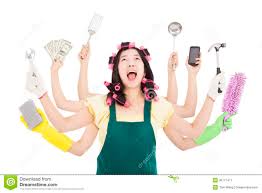 It’s been a long while since I’ve had a chance to write.  Even as I type this, I don’t have the time to write.  Due to an exhausting day, I passed out probably around 8 pm while settling DS 20 months to bed.  He woke up 2 am in need of a drink and diaper change.  While not bright-eyed and bushy-tailed, I am wide awake and he is once again asleep.  The part of me that says go back to sleep is losing out to the other half that wants the solitude of a quiet house and sleeping occupants.

“Busy” seems to be a way of life these days for most people.  When asked “How are you?” Response:”Busy”.  I don’t deny anyone’s level of busy-ness.  For me, let’s bump it up a notch.  Here’s my version of “busy” since August:

Just when things are starting to get into a rhythm, we’ve got Rosh Hashana in a week, which will kick-off the High Holiday season.  So much for our newly established routine.

So, my friends, when I say “I’m busy.”, it’s not the standard line.  I mean it.  There 3 precious hours left to get sleep before the crew wakes up and it’s time to start the morning routine. So goodnight…or do I say good morning because it’s after midnight? In any event, I don’t have time to ponder the question. Sheuf gezunt.

Karen aka The Klutter Koach

Hi. I’m Karen Furman, a home organizer and decluttering professional. Organizing is something I’ve been doing since 1st grade when used to straighten everyone’s desks. Fast forward a few decades later, I turned my passion for organizing into a business. Philosophy = Your home should be organized so you know where things are, to the degree that you feel relaxed and not stressed in your space. Method = A combination of Marie Kondo + FlyLady + my own style. YOU make the decisions. YOU decide what to keep and not to keep. I help provide clarity. Attitude = Positive, enthusiastic, non-judgmental View more posts